If being out on the water isn’t your thing, maybe you’d rather explore the island. Keep in mind that this is a small island, there is not much to do except relax and enjoy the ocean. If you really feel the need to have a cultural, historical, or hiking experience, we have listed a few options below. 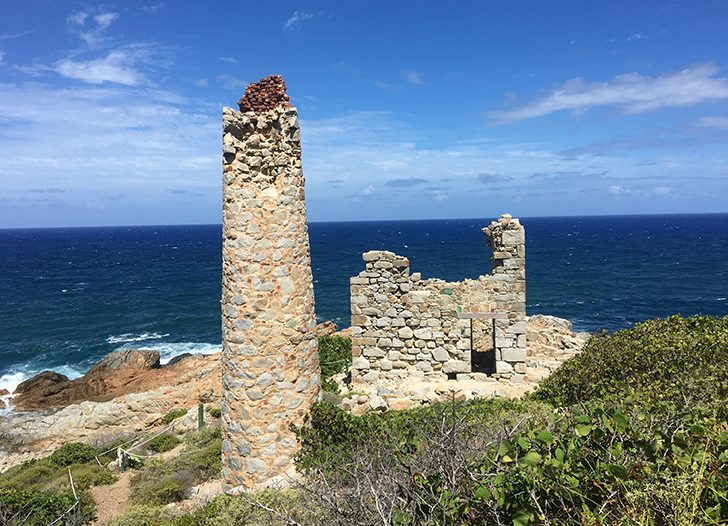 A national park containing the ruins of an abandoned 19th century copper mine. Local legend suggest the shafts were dug by Spanish adventurers to mine silver in the late 15th century, but no documentary evidence can be found to support this theory, and no firm evidence of Spanish occupation of the islands prior to the Dutch settlement exists, much less the size of settlement which would be needed to sink shafts.

After the islands came under British control, the Copper Mine was constructed in 1837 and its first shaft was sunk in 1838, in two separate periods over the next 24 years, 36 Cornish miners extracted ore from this site with the aid of some 140 British Virgin Islands workmen. The ore which was extracted was sent by road to Spanish Town(the largest settlement and harbor on Virgin Gorda) along Coppermine Road(originally built by the miners), and then by ship to Wales and; on the return trip the ships would carry provisions, wood for construction, wages for the workers, and coal with which to power their steam engine.

The mine was abandoned in 1862 and was never reopened. Parts of the original stack, the engine house, and the main building are all that remain. Several of the Cornish miners started families with the native women and there are descendants living in the Virgin Islands to this day.
For more details visit BVI Tourism 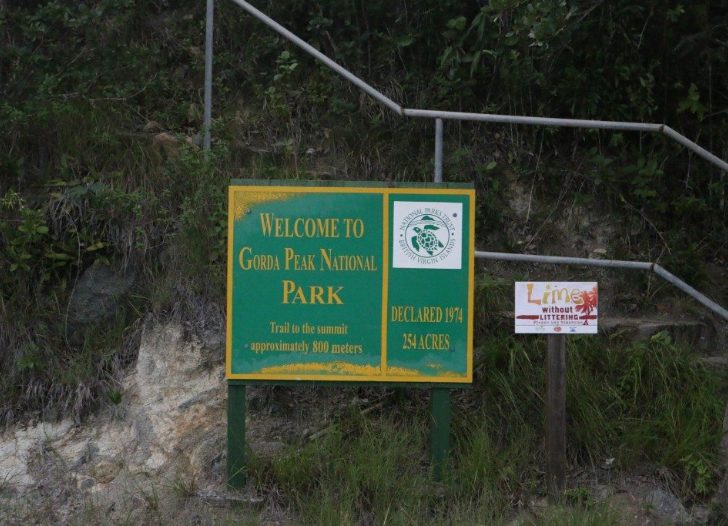 The highest point on Virgin Gorda at 1,370 ft. Gorda Peak is located on the northwestern ridge, south of North Sound and north of Soldier Bay. Donated by Laurence Rockefeller in 1974, Gorda Peak is one of the last remaining examples of Caribbean dry forest in the region, which makes it a high priority for conservation internationally.

Research conducted by the National Parks Trst through the Darwin Initiative Program revealed regionally restricted and endangered plant species, including Calptranthese Thomasiana and Zanthoxylum Thomasiana, both of which are on the US Federal Endangered Species list.

The vegetation types found within the Park varies with elevation, from dry scrub forest to a moister forest at higher elevations. Many of the plants have adapted to these dry conditions and produce small waxy leaves that reduce evaporation, allowing them to retain as much water as possible. Gorda Peak is also home to the world’s smallest lizard, the endemic Virgin Gorda Gecko(Sphaerodactylus Rarthenopion).

Following trails that lead to the lookout tower at the Peak, hikers are rewarded with a panoramic view of the BVI, particularly the popular anchorage at North Sound. On a clear day Anegada is visible on the horizon to the northeast. A picnic site is conveniently placed under a large mango tree(Mangifera Indica) at the junction of the east and west trails, attracting zebra butterflies and Antillean Crested Hummingbirds(Orthorhynus Cristatus). More Details

Coral Reefs, and their sister habitats, seagrass meadows and mangroves, are home to over 25 percent of all marine life and yet are one of the most fragile and endangered ecosystems in the world. The BVI is rich in reef assets having over 300,000 acres of seagrass in the BVI, which in turn hosts 340 marine species that graze on these meadows and depend upon them for their food source. There is a living, breathing, coral ecosystem in our midst, and all you need to do to experience it is a mask and some flippers.
Coral Reefs
Marine Life
SCUBA Diving
Wildlife Etiquette 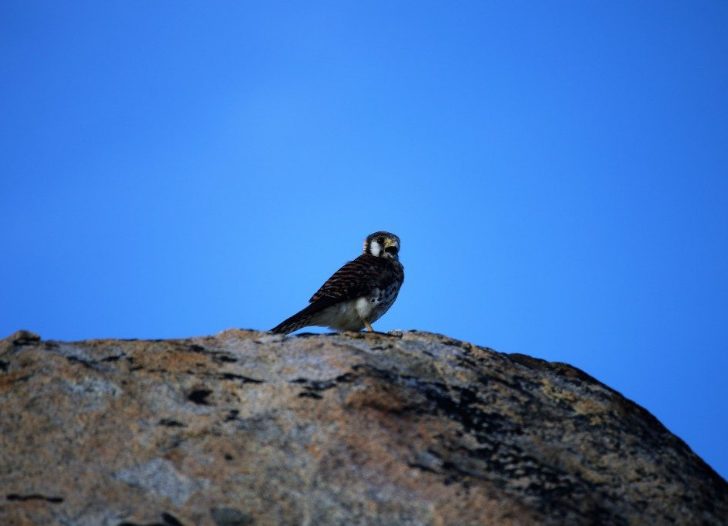 Some of the creatures that you may come across on the Virgin Gorda can seem both strange and wonderful. Among the fascinating array of reptiles and birds found is the Green Iguana, which is primarily found around the Virgin Gorda’s North Sound and on Peter Island. There are also a large variety of lizards including anoles and geckos, and small tree frogs, known for their melodic chirping call. The islands only wild mammal is the mongoose which was introduced to BVI in the 1800s.

Among our most common birds are the Green-throated Carib, a small iridescent hummingbird; the delicate yellow and black Bananaquita and the American Kestrel, a falcon that can be seen soaring over the islands’ valleys in search of prey. There are also several doves, including the Ground Dove and the Zenaida. Tortola is named after this small bird which means dove in Spanish. When sailing, or at the beach, you will see a number of sea birds, the most spectacular of which is the magnificent frigate, whose wing span can reach eight feet. There are also plenty of Laughing Gulls, Brown Boobies and the comical and clumsy Brown Pelican.
Active Caribbean
BVI Welcome

Virgin Gorda is a semi-tropical island, neither lush nor overly dry. The mountain sides are covered for much of the year in a thick green carpet of tropical trees, bushes and scrub. Most prevalent of these trees is the wild tamarind, a hardy tree that needs little moisture and has deep roots.

Also covering the hillsides are fields of tall guinea grass, upon which goats feed; as well as wild and fragrant frangipani trees and turpentine trees(locally referred to as tourist trees because of their red and peeling trunks). On dryer areas of the island, there are many varieties of cactus and succulents, including Turks Head, Pipe Organ and Prickly Pear, The Century Plant, a massive succulent with tall spiky leaves puts out a lofty stalk

which can reach 40 feet and contains pods of yellow flowers. Each plant blooms only every eight years but in the spring you will see dozens of plants adorning the hillsides. The White Cedar, which when in blossom has delicate white or pink flowers, is indigenous to the BVI and is ther territory’s national tree. Fruit trees can also be seen throughout the islands in both groves and in the gardens. The breadfruit, a large shady tree, has a large green fruit that is used as a starchy side dish when cooked; banana trees are seen in the valleys and along the mountainsides, as are mangoes, whose succulent fruit is popular here. Another prevalent tree is the papaya, a fast growing plant whose oblong fruit is a lovely yellow-apricot shade when ripe, but is also boiled when still green and eaten as a vegetable. Sugar apples, guavaberry and soursops are the other fruit trees that flourish here.

A great variety of colorful tropical flowers are found in Virgin Gorda gardens, including hibiscus in delicate shades of red, pink, and even yellow; purple and pink bougainsvillea; scarlet flamboyant and yellow allamanda. Two of the most highly fragrant flowers found here are those belonging to the jasmine, and frangipani.